In true entrepreneurial fashion, Kenneth Cole New York launched in 1982 after setting up a trailer in midtown Manhattan and selling over 40,000 pairs of shoes in just two and half days. Over the past 35+ years, Kenneth Cole has continually expanded its brand and won numerous fashion and philanthropic awards. It remains deeply committed to making a more meaningful connection with people by addressing not just what they look like on the outside, but who they are on the inside; not just want they stand in, but what they stand for.

THE ROW is a luxury apparel and accessory brand established in 2007 by Ashley Olsen and Mary-Kate Olsen. Named for the historic Savile Row, The Row’s style is defined by a sense of discreet luxury, focusing on clean lines, fine fabrics and the perfect fit. In the six years since its inception, the brand has expanded to include a complete range of ready-to-wear, luxury eyewear and handbags. The collection is predominantly manufactured in the USA with handbags and a selection of knitwear being made in Italy.

At the age of 18, Alexander Wang attended Parsons School of Design in New York where he participated in a variety of internships. By his sophomore year, Alex was already designing his first collection of his label Alexander Wang. He launched his full women’s collection in 2007, selling to over 200 stores. In 2008, Alexander Wang received top honors as the recipient of the Vogue/CFDA Fashion Fund. In 2009, he was recognized by his peers when he was announced the winner of the Swarovski Womenswear Designer of the Year. In October 2009, he was the recipient of the Swiss Textiles Award. Alex was celebrated again in 2010 with another Swarovski Designer of the Year Award in the accessory category. 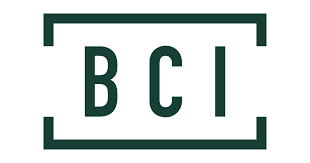 BCI is a multi-brand fashion group specializing in better and contemporary women's apparel. The company's brands include the nationally-recognized Vince Camuto, 1. State, CeCe and Chaus. BCI is launching its first DTC brand, Court & Rowe, in Fall 2019. The company designs, markets, produces and sells its brands through multiple market segments. Our extensive global sourcing and development capabilities have made us a leader in speed to market execution. Founded in 1975, BCI is currently owned and operated by Ariel Chaus after recently repurchasing it from The Camuto Group in 2018. The company currently exceeds $400 million of annual wholesale revenue.

In business for more than 30 years, Jordache has become a powerful name in the world of fashion and beyond. Today, Jordache Enterprises is a privately held conglomerate with an international reach. The company designs and manufactures a wide variety of denim, apparel and accessories, and has earned a distinguished reputation for quality and excellence.

In 1982, Brahmin was born out of the entrepreneurial dream of its co-founders Bill and Joan Martin and has since become a timeless blend of global fashion influence and modern American versatility. At the core of Brahmin lies quality hand craftsmanship, ensuring each bag exudes continual elegance with every wear. Today Brahmin remains family owned with its design, operations and manufacturing headquarters based in Fairhaven, Massachusetts. The brand is continually recognized for its bold, yet timeless styling of handbags and accessories that allow women all over the globe to express their own personal style.